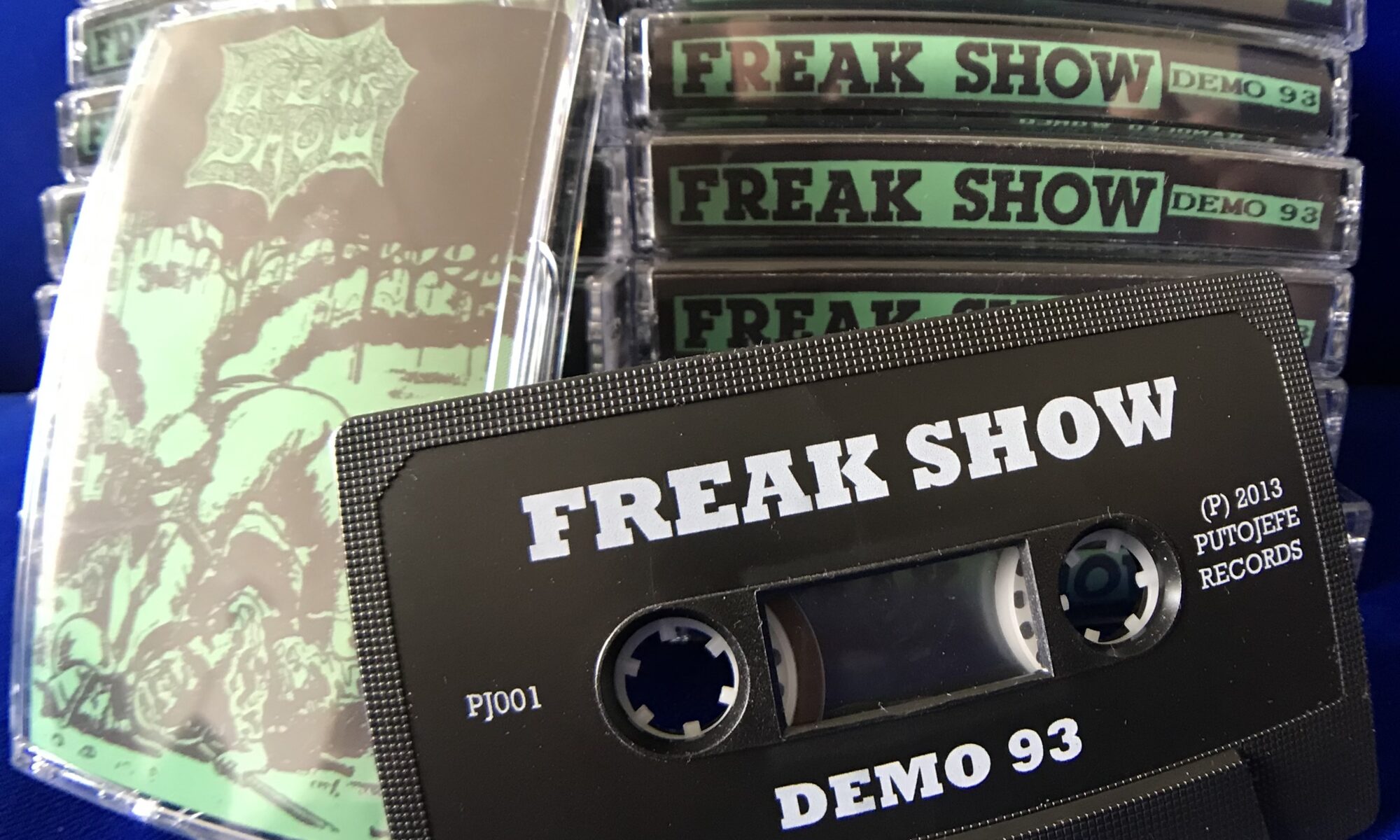 FREAK SHOW were a young Hardcore band formed in Fuengirola (Málaga) in 1993 by 3 high school friends passionate about skateboarding and a Pink Floyd fan.

After just 6 months of practising and without any previous experience, they recorded a six-track demo tape thanks to the help of a senior local band which rehearsed in the basement of a primary school.

Freak Show put out six 7” records and toured Europe in 1997.

In 2013, on the occasion of its twentieth anniversary, Putojefe reissued a remastered version of the recording and brought its tunes of youthful skatecore back to life.